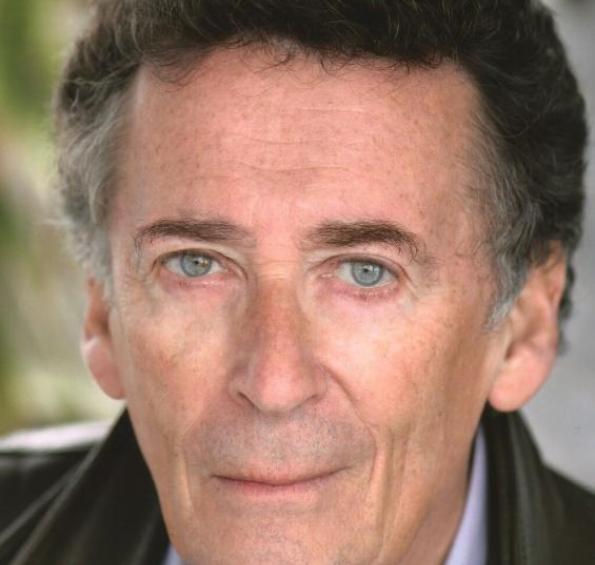 Robert’s extensive theatre credits include repertory seasons at Stoke, Scarborough and Bolton; A SMASHING DAY at the Arts theatre; UBU ROI and PIRATES at the Royal Court Theatre; THE ROYAL HUNT OF THE SUN AT Salisbury Playhouse; HAMLET at the Leeds Playhouse; THE LADY FROM THE SEA (Greenwich Theatre); GLASSTOWN (Prospect Theatre Company); TRAVESTIES by Tom Stoppard for the Royal Shakespeare Company; TERRA NOVA at the Watford Palace Theatre; PRIVATE DICK at the Whitehall Theatre; TOVARICH at the Chichester Festival Theatre and a season in the West End at the Piccadilly Theatre. He starred in SHERLOCK HOLMES-THE MUSICAL at the Bristol Old Vic and then on a national tour and played Louis Mazzini in KIND HEARTS AND CORONETS and starred with Susannah York in DOUBLE DOUBLE on national tours. In spring 2002 he took Alan Bennett’s SINGLE SPIES on a national tour, playing Guy Burgess and Anthony Blunt and in 2003 he toured with a new adaptation of Oscar Wilde’s THE PICTURE OF DORIAN GRAY playing Lord Henry. After six years in television, in 2011 he toured JEFFREY BERNARD IS UNWELL as the eponymous journalist. In 2012 he played R.F.Simpson in SINGIN’ IN THE RAIN at the Palace Theatre and in 2014 played Hercule Poirot in a record breaking tour of Agatha Christie’s BLACK COFFEE. In 2015/16 he played Charles in a very successful UK tour of KING CHARLES III. The production was invited to the Sydney Theatre Company in Australia for five weeks where it broke the house records. That was followed by a national tour of RELATIVELY SPEAKING in the autumn of 2016.

For his portrayal of ‘Jesus’ in Franco Zeffirelli’s JESUS OF NAZARETH Robert received Best Actor awards from TV Times and Italian TV Times, the International Arts Prize at the Fiuggi Film Festival, Grand Prize at the Saint-Vincent Film Festival and a nomination as Best Actor from the British Academy of Film and Television Arts. Other television appearances include DOOMWATCH, the title role in the BBC TV film SHELLEY, ‘Jude’ in JUDE THE OBSCURE, MRS.WARREN’S PROFESSION, YOU NEVER CAN TELL, PYGMALION, MR.ROLLS AND MR.ROYCE, LOOKING FOR CLANCY etc.etc. He starred in the 10 part serial SHAKA ZULU, played ‘Richard Hannay’ in two series of HANNAY for Thames Television and starred as ‘Cortez’ in the world TV premiere of Arthur Miller’s THE GOLDEN YEARS and has filmed a two-hour pilot for a TV series set in South Africa, PRIDE OF AFRICA. Robert has made five series of the BBC TV comedy series THE DETECTIVES, and starred in six series of the BBC’s flagship drama series HOLBY CITY.

US television credits include THE FOUR FEATHERS (NBC), THE HUNCHBACK OF NOTRE DAME (CBS), FRANKENSTEIN (Showtime) and an adaptation of Solzhenitsyn’s THE FIRST CIRCLE for US and Canadian TV.

Robert’s many films include THE ITALIAN JOB, SECRETS, RUNNING SCARED, ASYLUM, THE ASPHYX, Liliana Cavani’s BEYOND GOOD AND EVIL, Merchant Ivory’s JANE AUSTEN IN MANHATTAN, Sergio Nasca’s  D’ANNUNZIO, THE SURVIVOR, THE JIGSAW MAN, Krzystof Zanussi’s LONG CONVERSATION WITH A BIRD, Dale Bradley’s acclaimed New Zealand film CHUNUK BAIR and THE MYSTERY OF EDWIN DROOD. For Ken Russell he played the title role in MAHLER and ‘Captain Walker’ in TOMMY, and was ‘Richard Hannay’ in THE THIRTYNINE STEPS. He won Best Actor award at the Paris Film Festival for HARLEQUIN and was adjudged Best Actor at the Venice Film Festival  for his performance in Zanussi’s IMPERATIVE. He has more recently been working with John Malkovich  in COLOUR ME KUBRIK.